After Montserrat our aim was to head up deep into the Pyrenees, to an area called Cavallers in the Val De Boí. The direct route there was going to take about 4 hours but to go via Andorra was only going to add about an hour, so why not? A chance to tick another country. We made a relaxed but efficient start and arrived in Andorra about 11:15am.

Andorra is a funny place. It's like one big duty-free store, with perfumes, cameras and watches for sale on every corner. As such, I recommend it about as much as a tour of a major airport. Cheap fuel, though.

However the plan for a leisurely lunch was interrupted by a message from last night's hotel - I'd left my laptop on the breakfast table. Bugger! There was no option but to retrace our steps.

After a quick pizza and salad we arrived back in Monistrol around 3:30pm. Paying an €11 tunnel toll twice in a day made it more annoying. We eventually arrived in Taüll around 7pm.

The scenery heading up into the Pyrenees - Tremp valley.

Taüll is a small satellite village of the main ski area there, Boi-Taüll. It's a quaint little town at a base of 1800m. Up the next valley over is the dam of Cavallers, and around there, lots of granite. We’d splurged a little on a b&b at the ski village, and it was very nice, with a terrific cooked breakfast each morning. 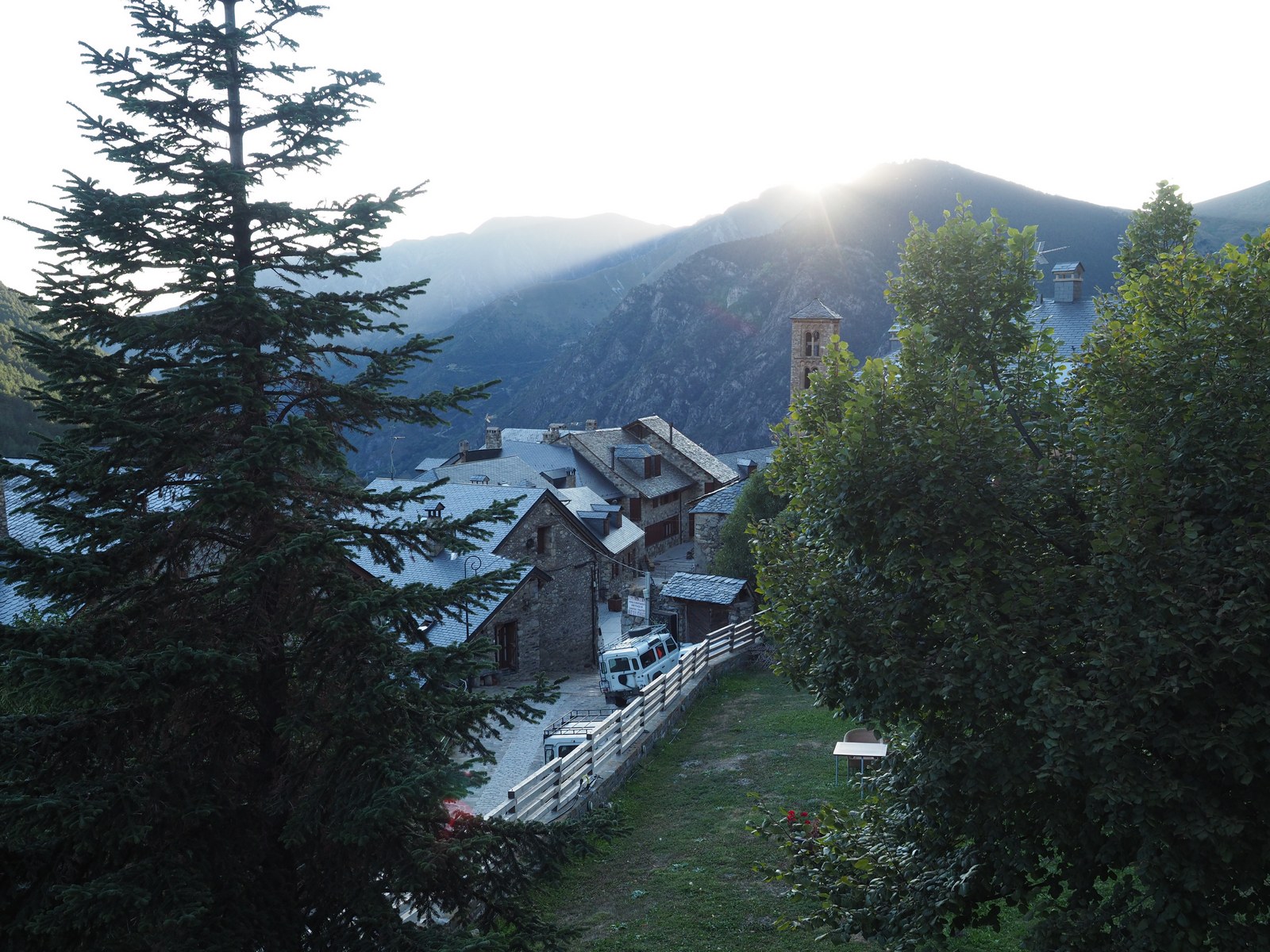 The view of Taüll from our balcony 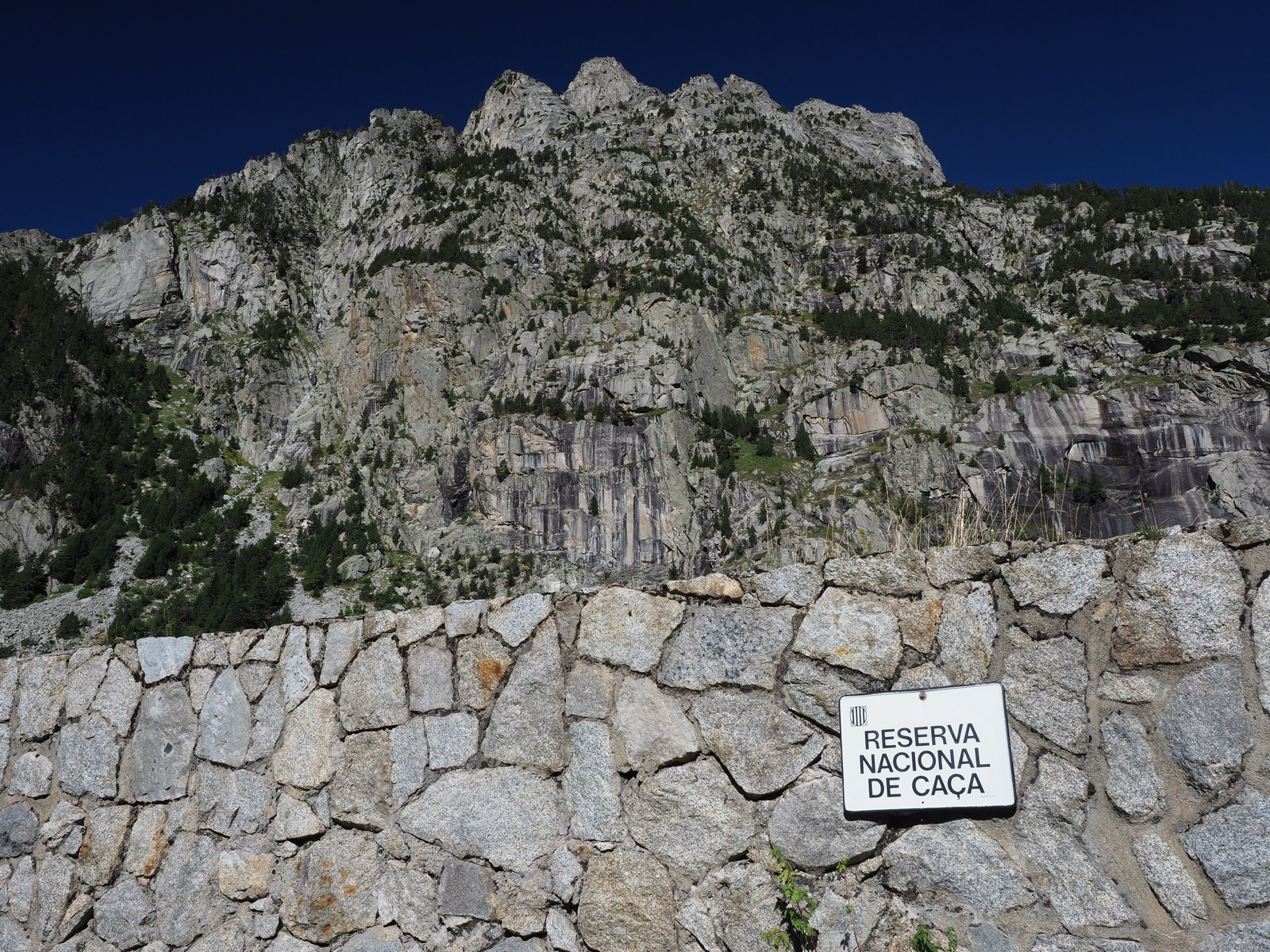 Apparently the local Parks service thinks the mountains are shit, but we thought they were pretty good

We drove up the mountain in perfect morning sun, eventually finding the right car-park, but then losing the trail across the hill and having to scramble over snowgrass with nasty drops below.

Our chosen area was “Kanella”, a slabby sport-climbing area just below the dam wall. We sussed out some of the routes then launched up a number of well-bolted, single-pitch moderates. Tick tick tick. 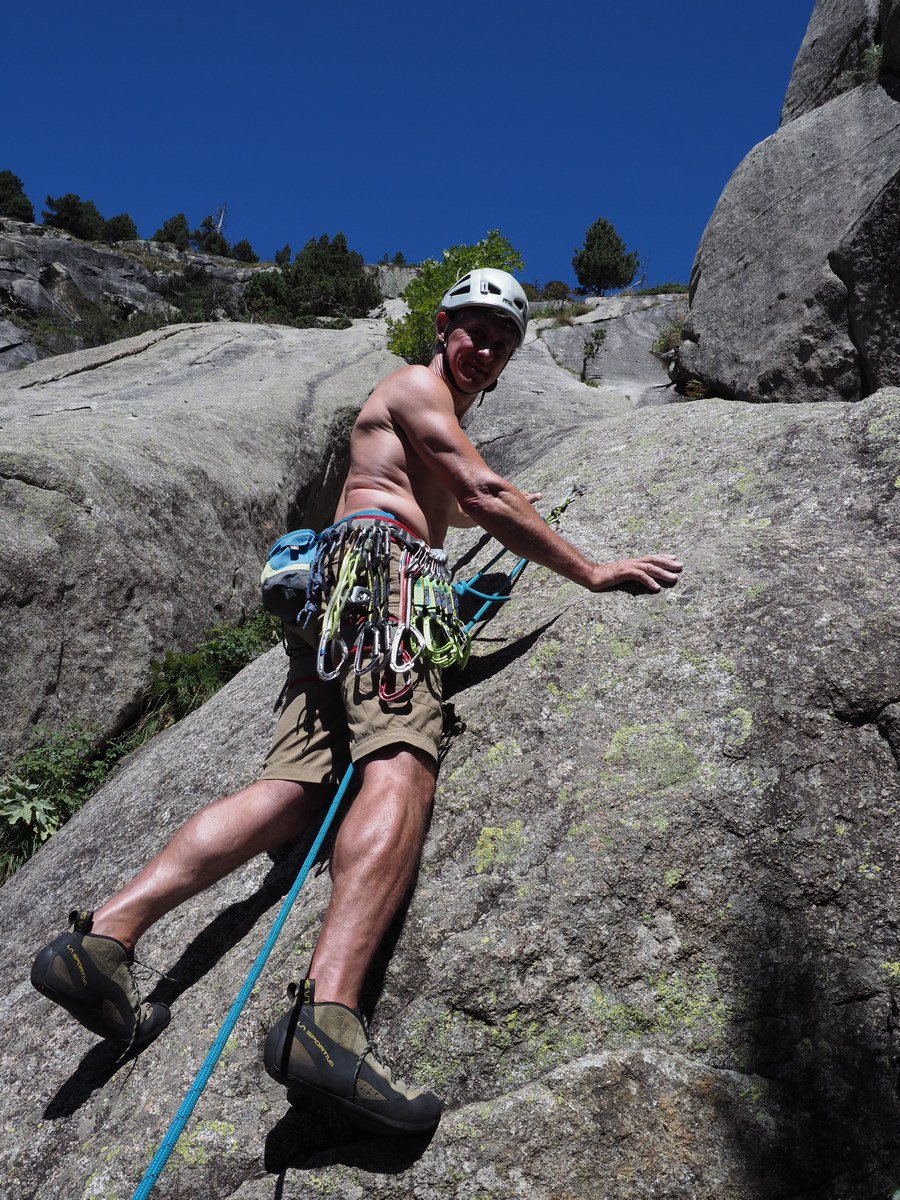 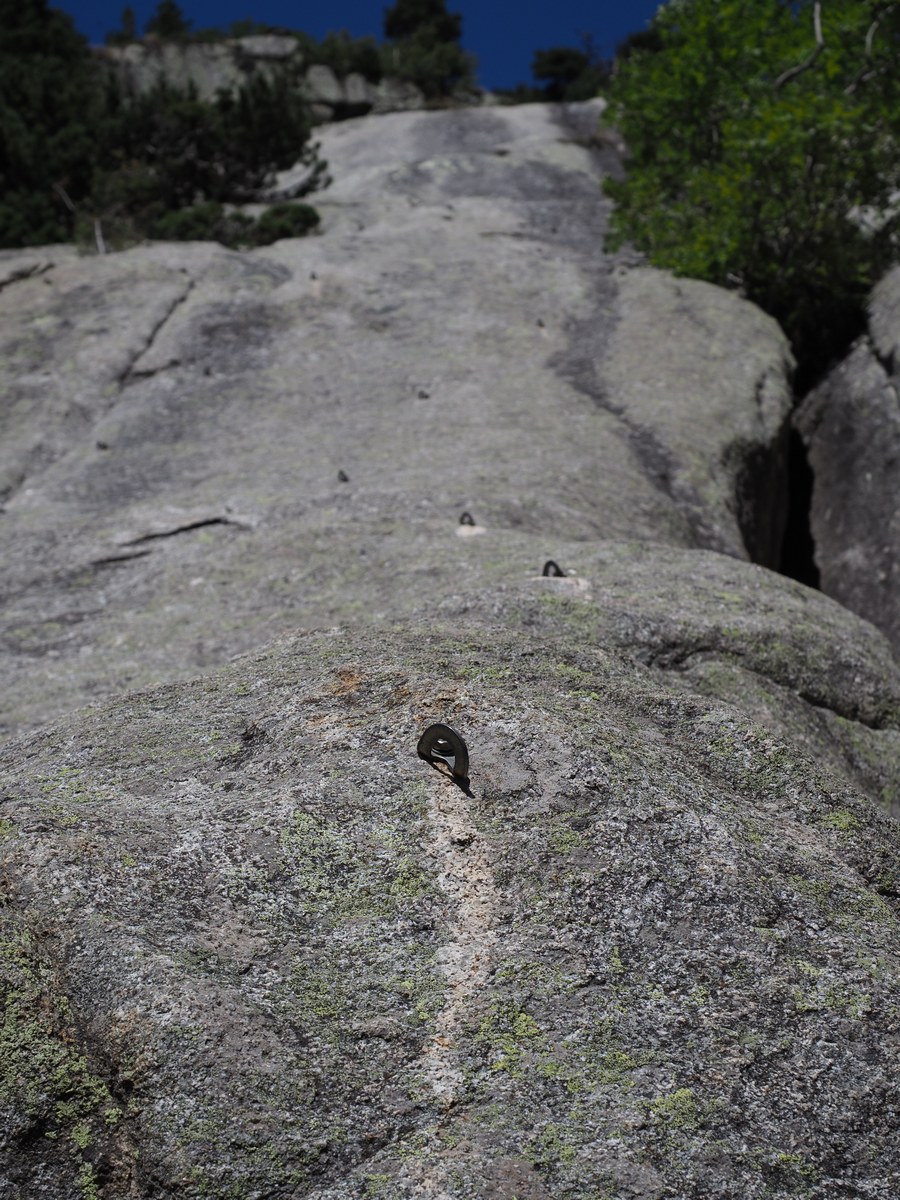 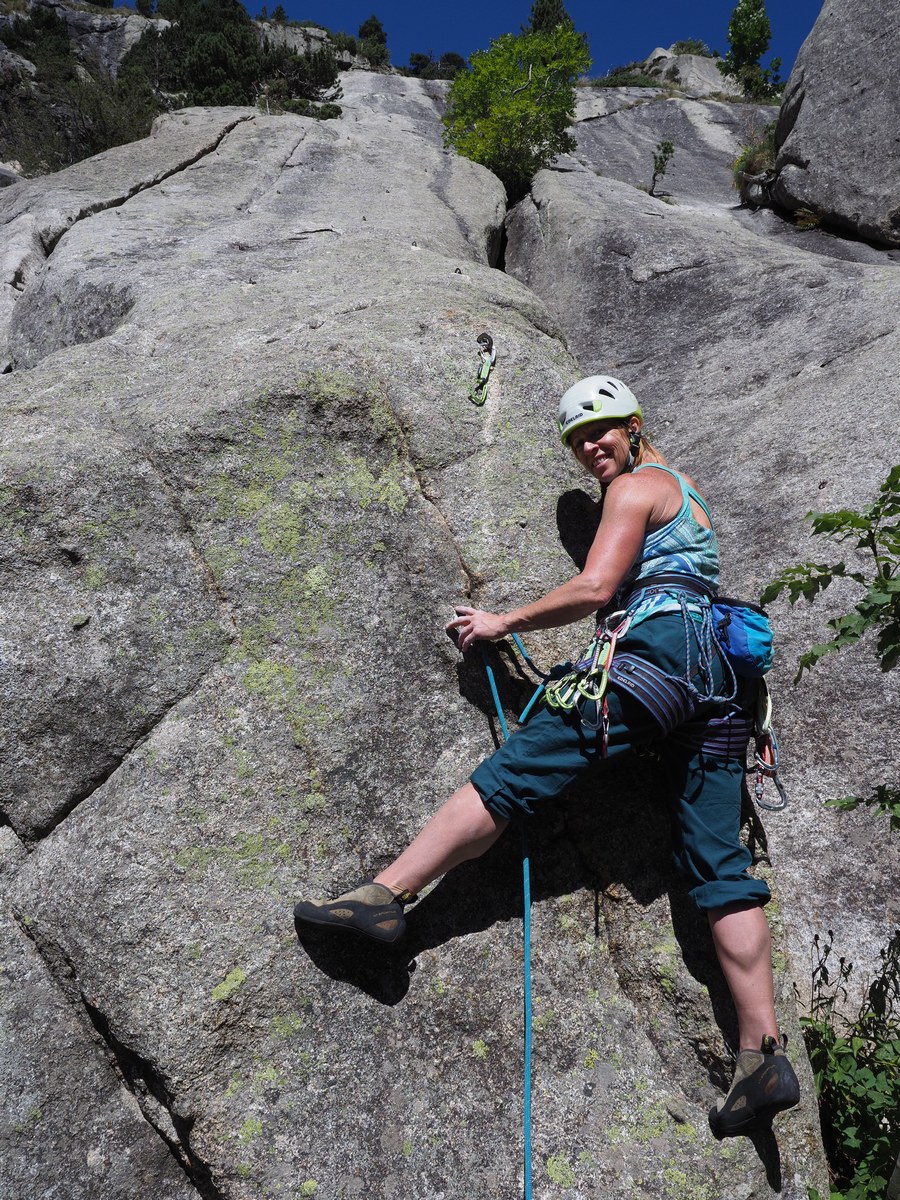 After a few easy warm-ups, Paula developed ‘eyes’ for the steeper start to a 6b+ (21) above us. After a pretty stiff start with some pfaffing to clip the second bolt, she went through to the rings. We pulled the rope and I followed suit. 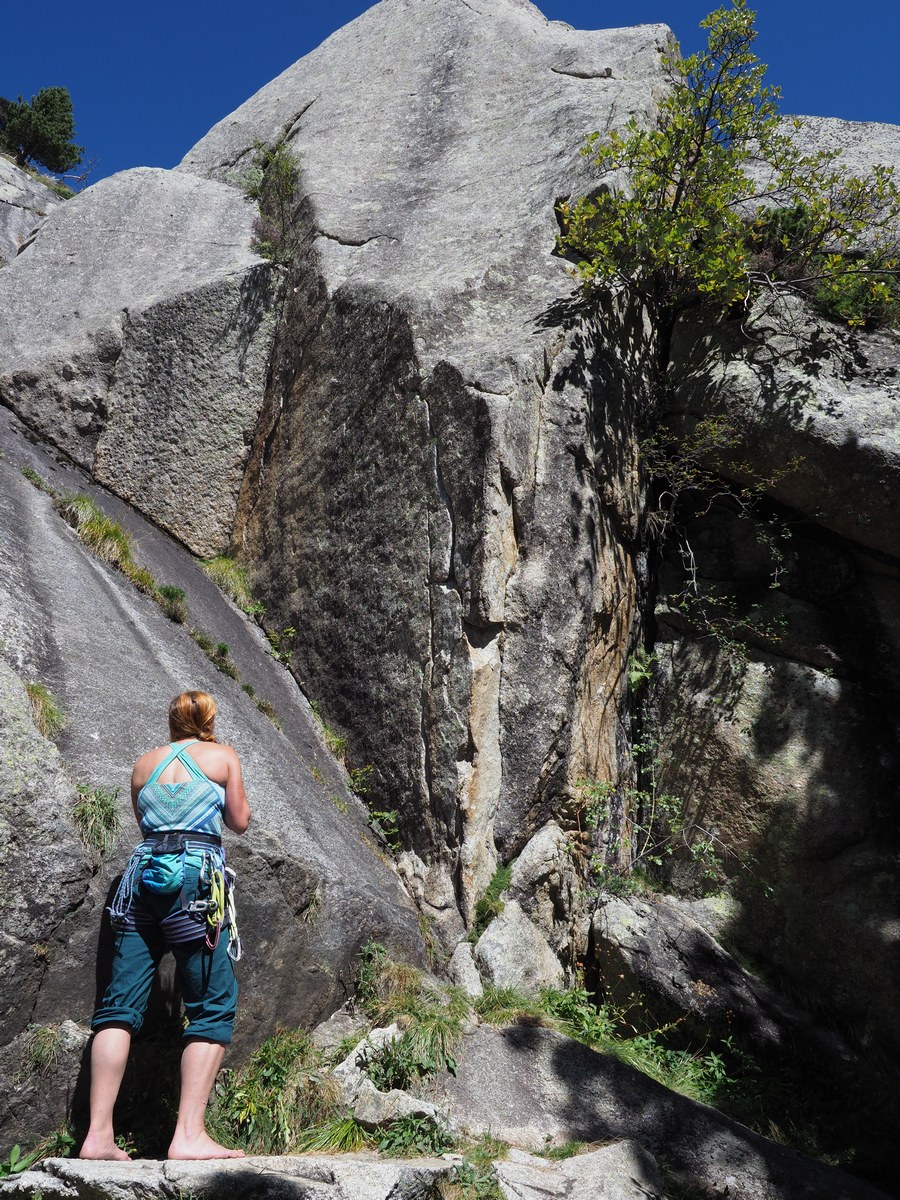 Checking out the start. 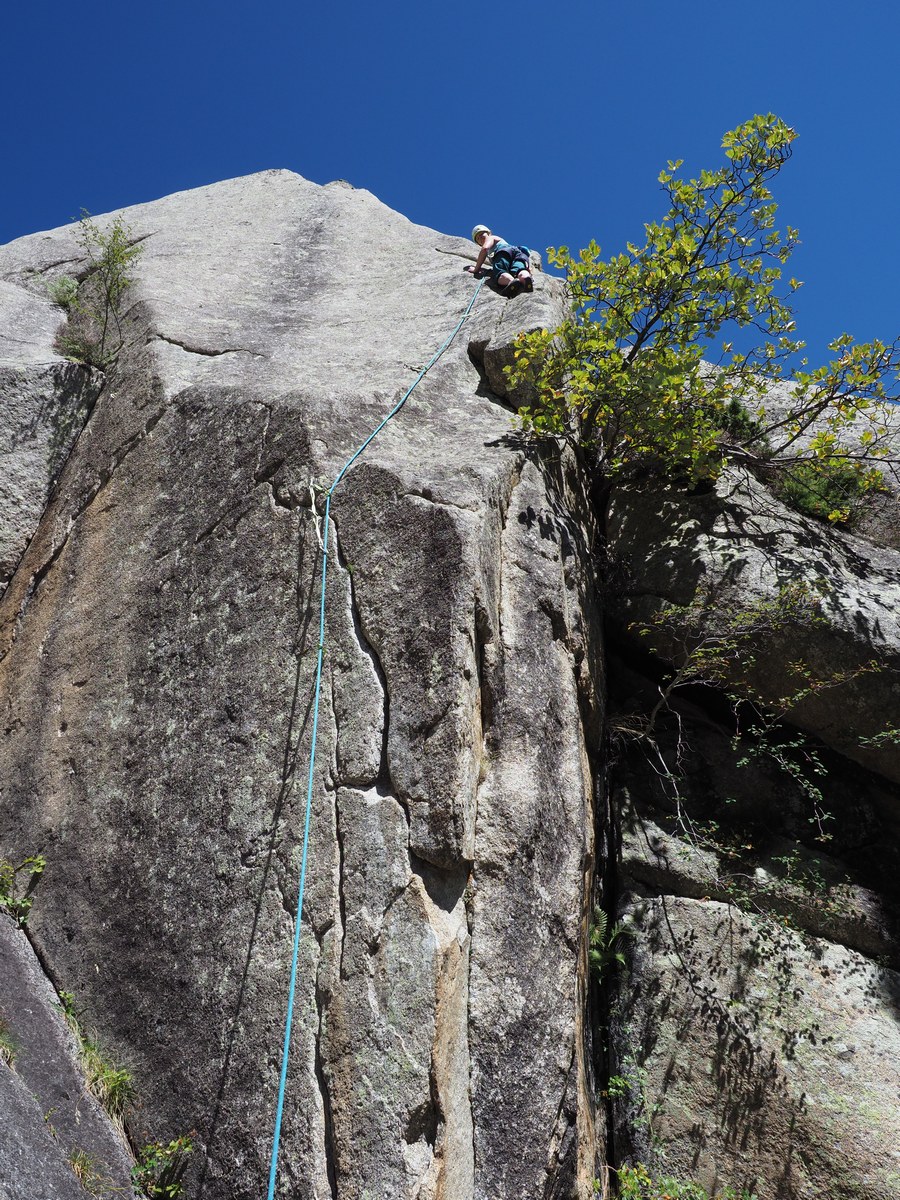 I left the rope clipped and Paula took another shot on top rope, getting it clean this time. During the middle of the proceedings a couple of Spanish climbers appeared, about 1:30pm for an afternoon session. They went further up the hill to “Afrikan Wall” to take on a 6b. Aside from that, we’d had the place to ourselves. 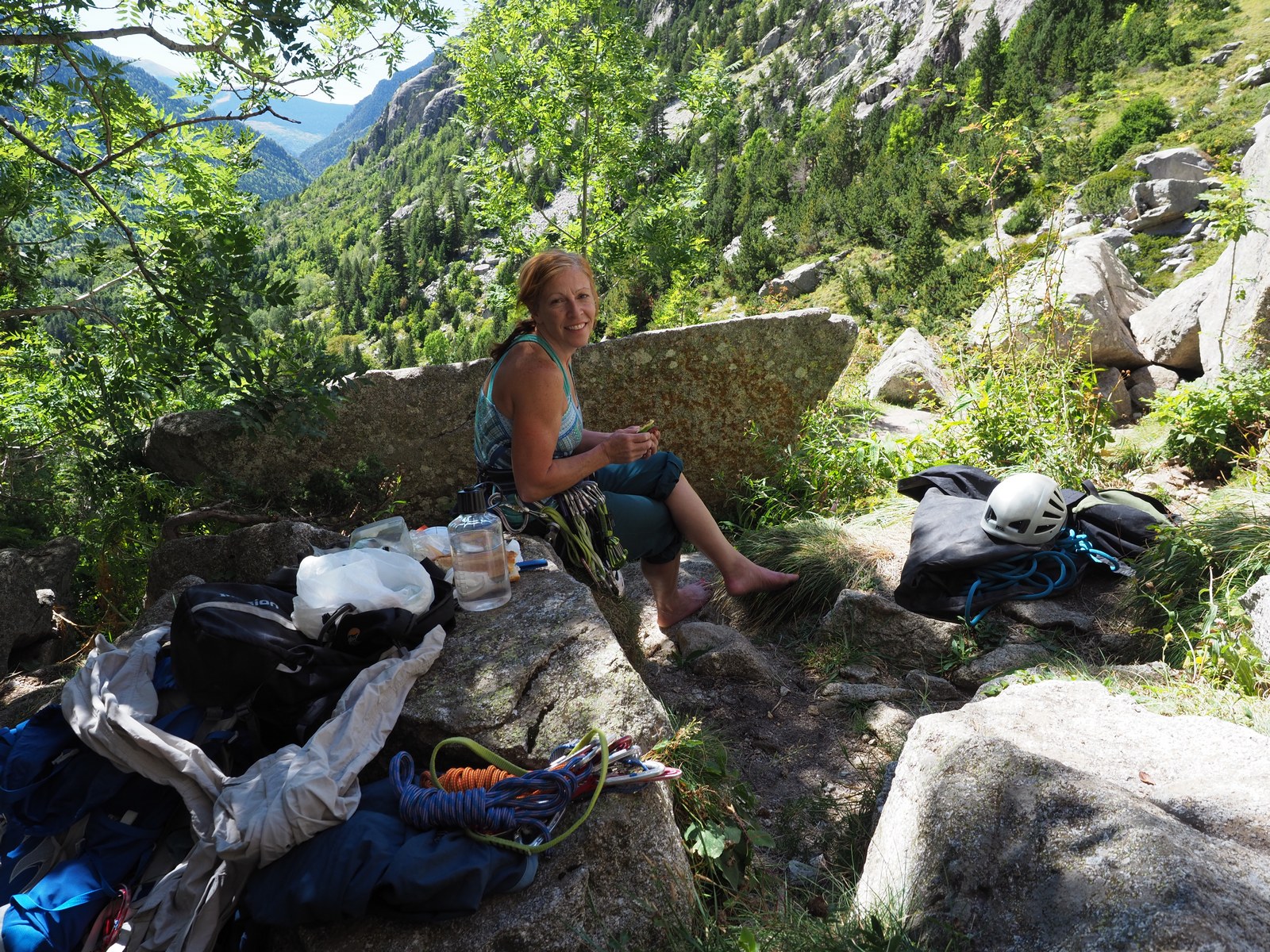 A gorgeous place for lunch.

After her inspired effort, I had my eyes on a 6c (22) around the corner - an intermittent edge on a flake. After a couple of tries I latched the jug after the crux and went through to the rings. Paula jumped on to lead it, and also got through to the rings, but since the route follows a right-leaning diagonal she didn’t clean it. I had another shot on top-rope to clean the draws, still not quite able to do the crux clean first time.

There were a couple of multi-starred routes still in the sun around the corner, so we ticked those - a lovely 5c? crack through a bulge, and a 6a+(19) slab that was thin.

We made our way back down, managing to follow the track this time. 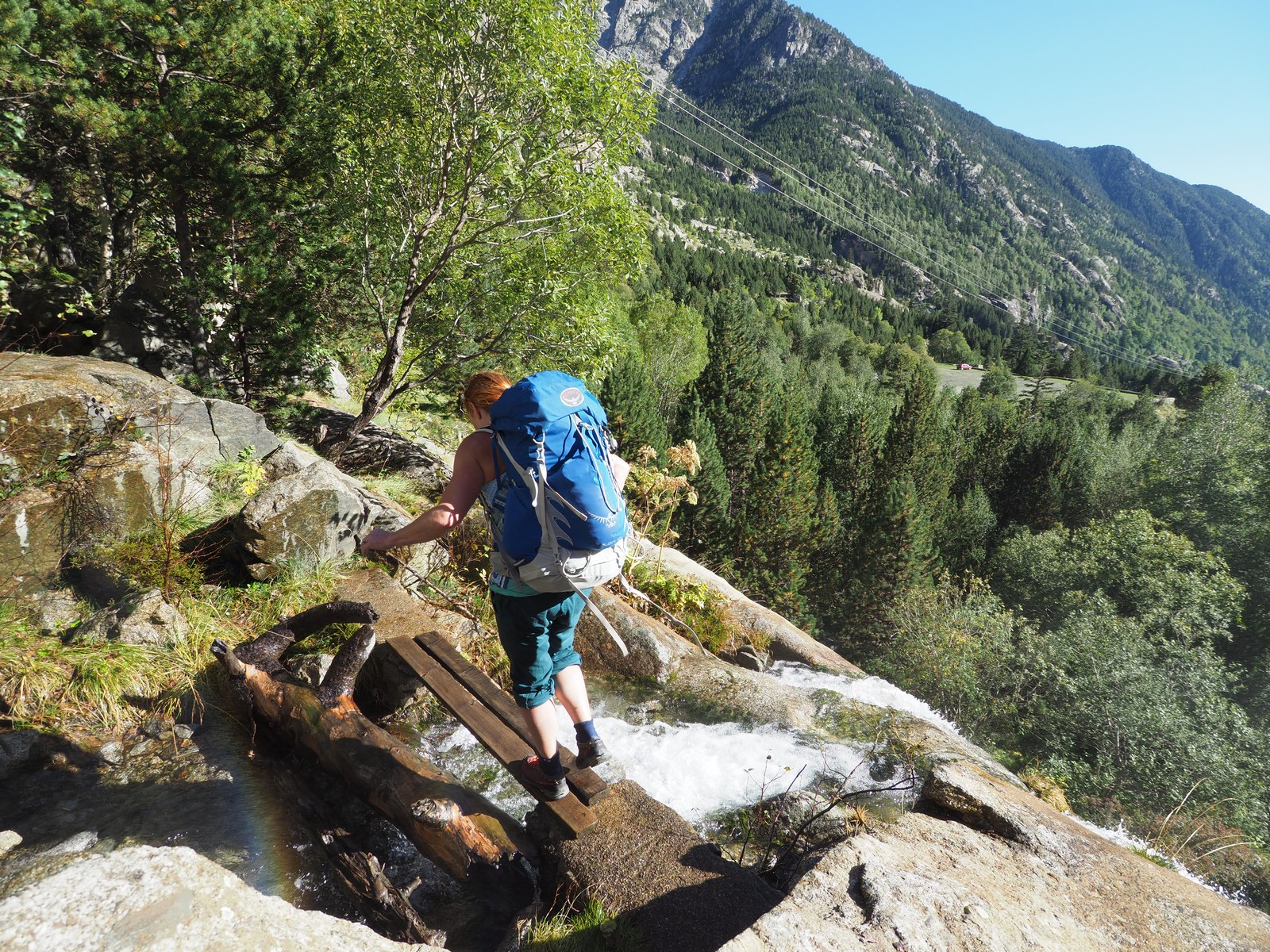 Crossing the makeshift bridge on the dam outflow.

The next day the weather was supposed to crap out in the afternoon, but not until 2pm, and our landlady insisted it was be much later. So while we originally thought we’d be committed to a rest day, the day was fine, clear and sunny. Let’s go climbing while we can! 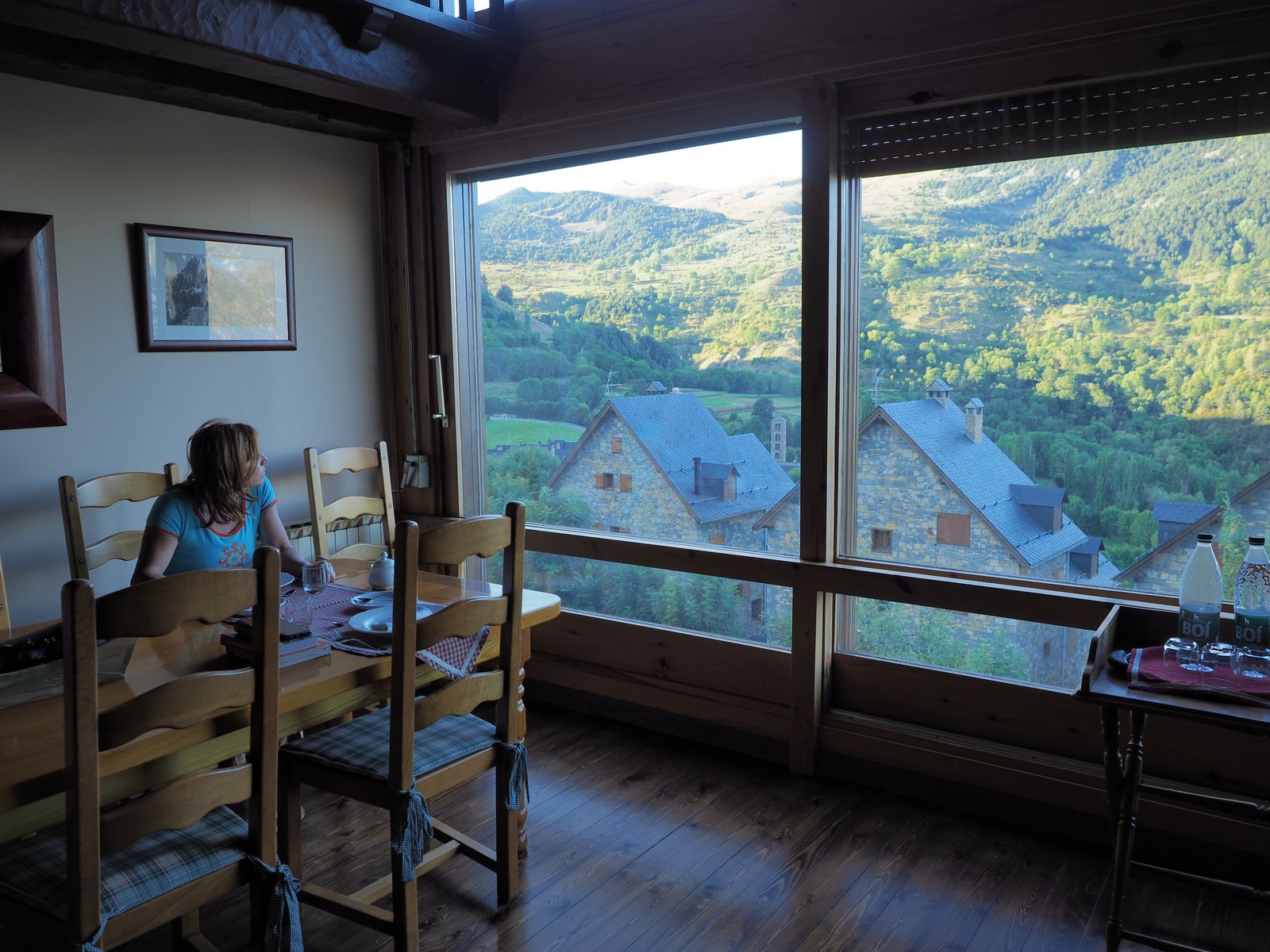 Breakfast at the chalet. 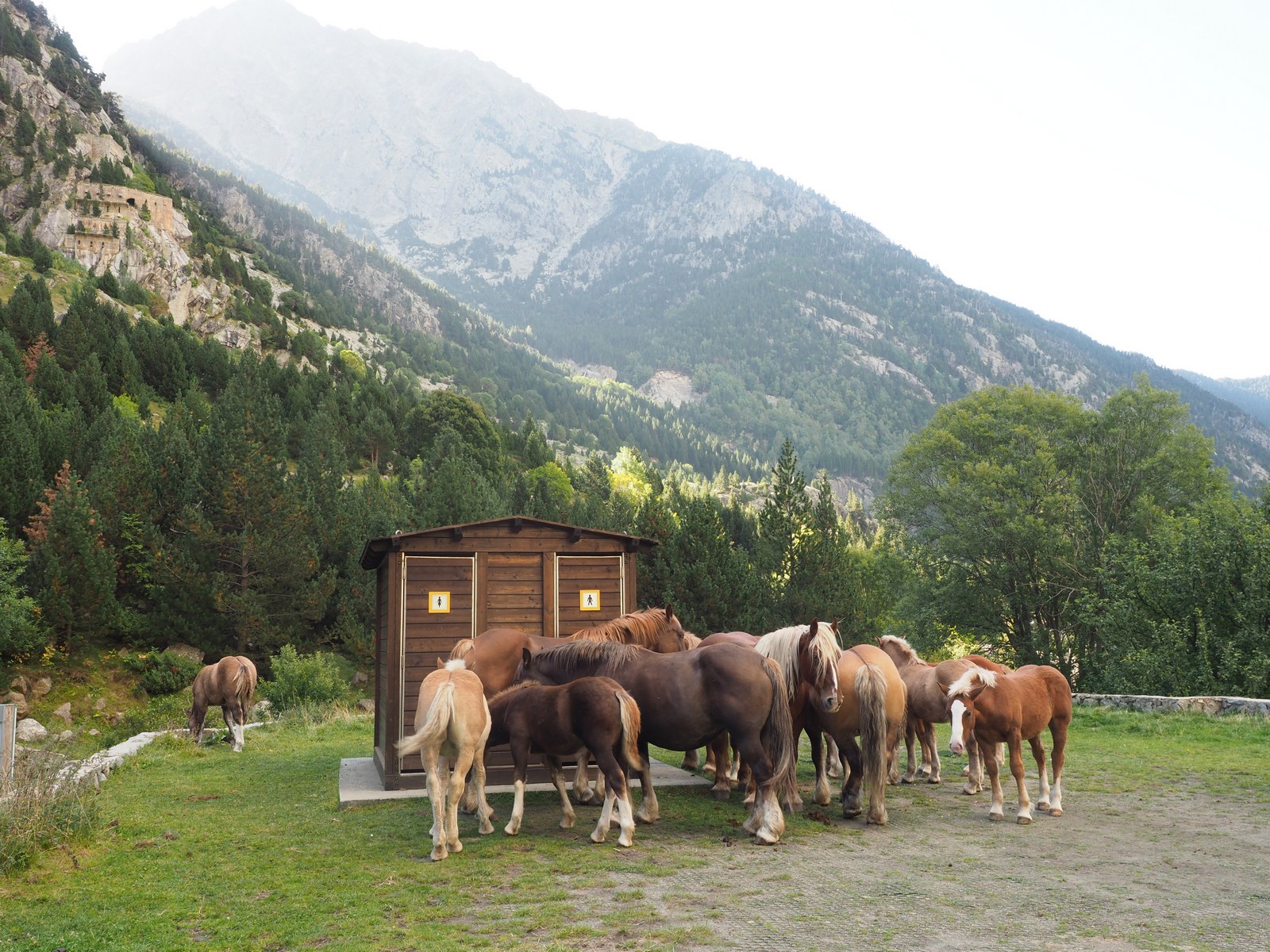 Bit of a queue for the toilet.

?After finding the ‘right’ route down, the ascent was much easier. 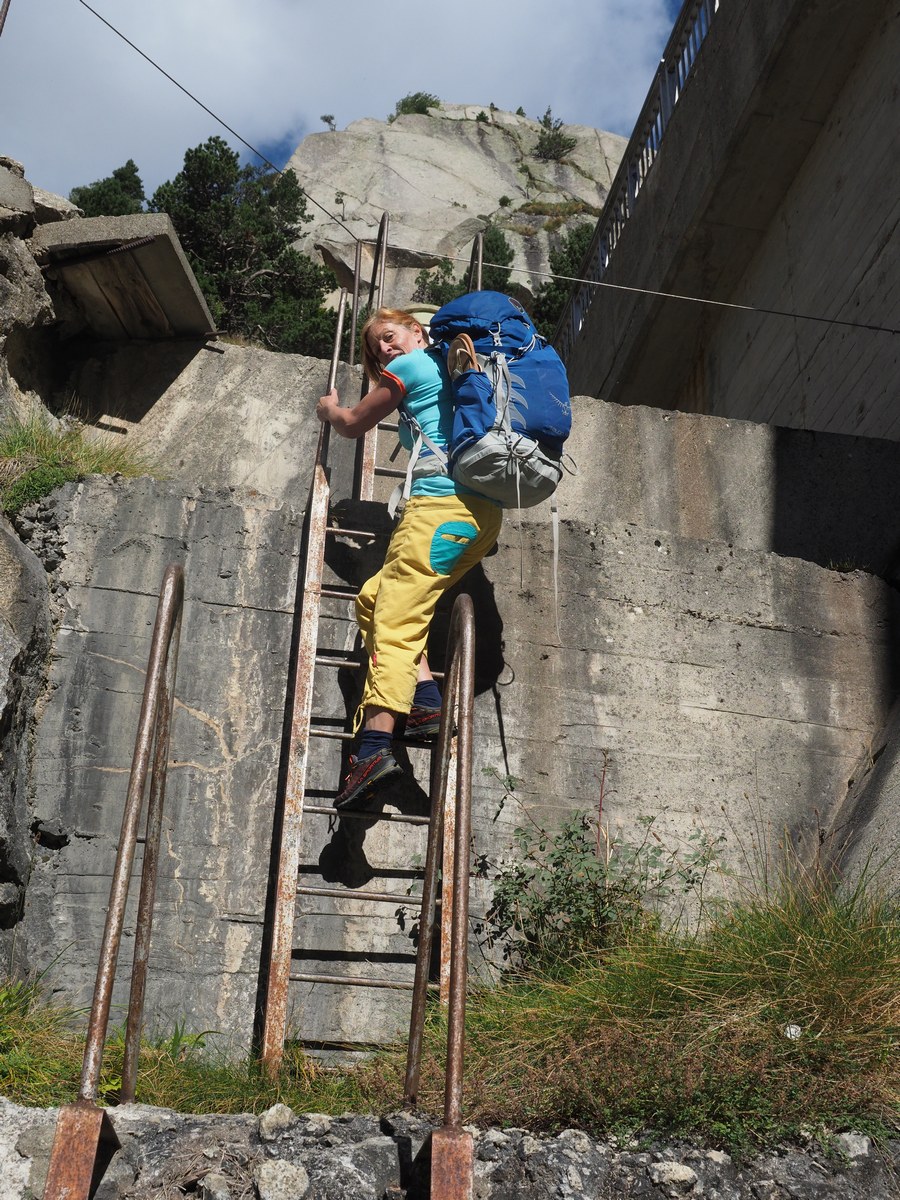 On the correct ascent route this time.

Our chosen crag was higher up the hill, above the dam. So a longer walk in, but with better views. Again, we were the only climbers there all day. The routes were a little steeper and excellent. 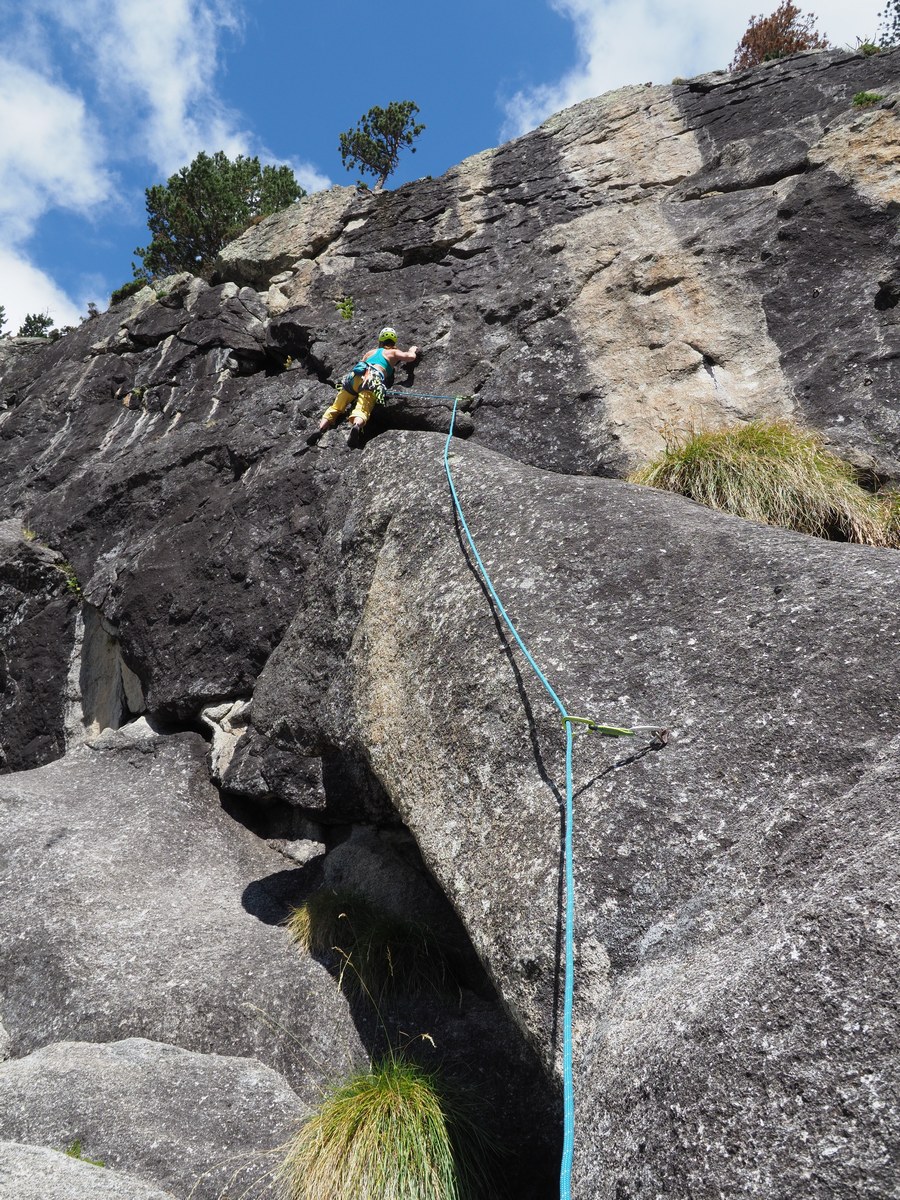 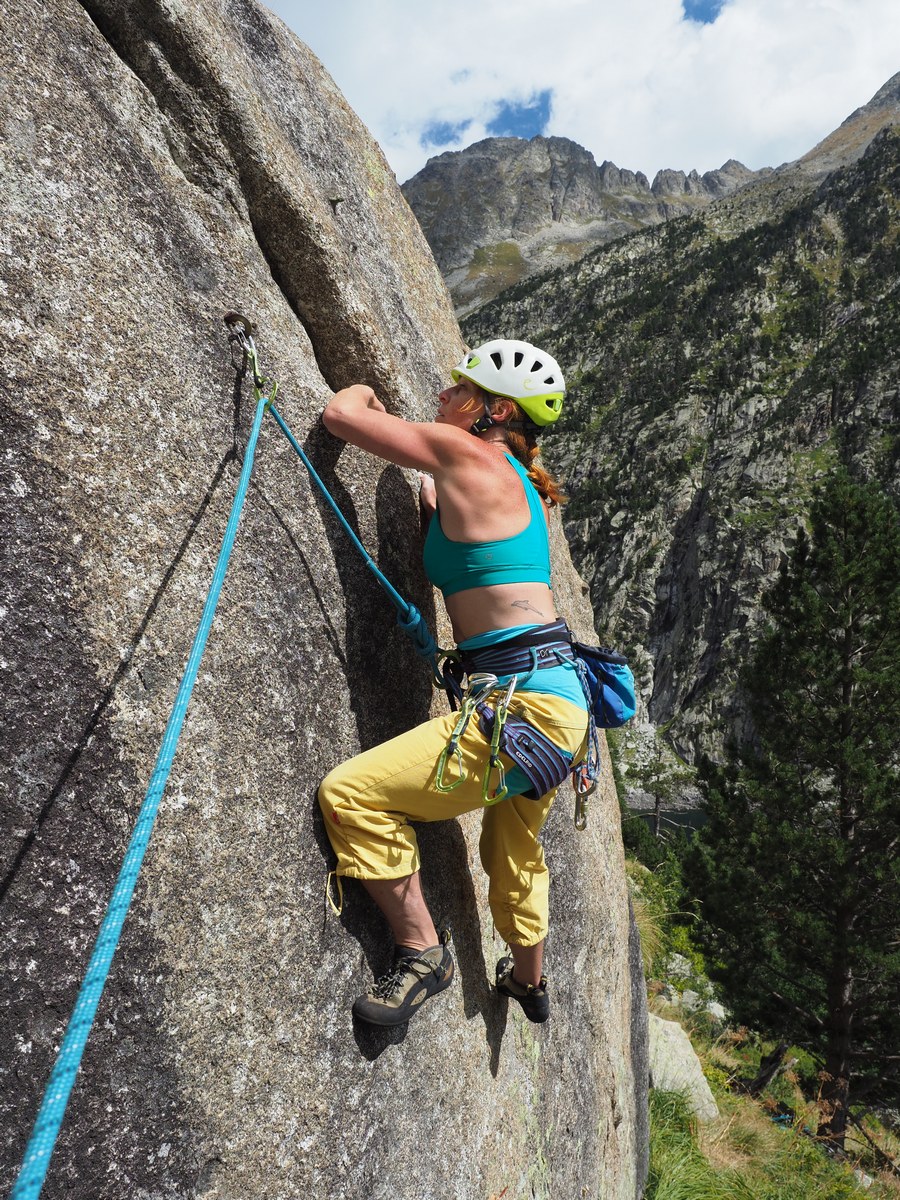 We retired earlier to avoid the thunderstorms (which didn’t come until much later - the landlady was right) and had a late lunch in town of an excellent mushroom pizza and salad.

Overnight the weather front came in. In the morning there was snow on the peaks around us. We packed and left in 6C temperatures, feeling we’d timed our travel day perfectly, and headed over to San Sebastian for some pintxos and some needed rest days.

Cavallers is a beautiful place with some excellent climbing, definitely worth a visit.